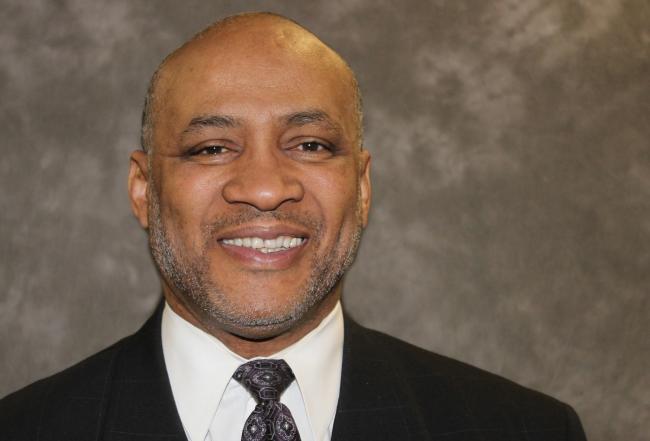 Dr. John Selmon has spent his career as a leader in higher education. He’s been provost and executive vice president at Muskegon Community College since 2017, overseeing academics and financial services.

His education – and his career – started at Grand Rapids Community College.

Selmon attended what was then Grand Rapids Junior College from 1977 to 1979, then earned his bachelor’s degree from the University of Nebraska. He later earned his master’s and doctoral degrees from Eastern Michigan University.

His career also started at GRJC, returning in 1984 to become program assistant for the Handicapped Student Services and serve as assistant wrestling coach.

Dr. Selmon then headed to Davenport University in 1986 and became head counselor and assistant director of the college’s Educational Resource Center.

He rose quickly through the ranks at Davenport, and is credited with saving the Flint campus from closing in the mid-1990s with new academic programming and innovative student activities. He became senior vice president and CEO of the Dearborn campus - then the largest in Davenport’s system – as well as the Taylor/Wayne Westland campuses and four campuses in Indiana.

He left Davenport in 2004, and served in posts at Kennesaw State University in Georgia and Lake Michigan College in Benton Harbor before arriving at Muskegon Community College in 2011.

Dr. Selmon was a star athlete in college. While at GRJC, his wrestling team won the national championship and he was named a National Junior Athletic Association All-American. He also was elected to the NJCAA Wrestling Hall of Fame in 1990.

“This is what we all work for at Grand Rapids Community College – to see our students become successful,” then-GRCC President Juan Olivarez said when he announced the selection. “I am also pleased to see that in each city John has lived in he has had an active role in that community. Community involvement and collaboration are two of our strong commitments here at the community’s college.”

He continues to be recognized as a leader. Dr. Selmon was selected by the Aspen Institute’s College Excellence Program to join the 2019-2020 class of the Presidential Fellowship for Community College Excellence program, which is aimed at preparing the next generation of community college presidents to transform institutions to achieve higher and more equitable levels of student success, in college and beyond.

The Mansfield, Ohio native is part of a family of eight brothers and one sister, with parents who stressed academics and service. His brother David is GRCC’s associate dean of Student Affairs and interim athletic director.