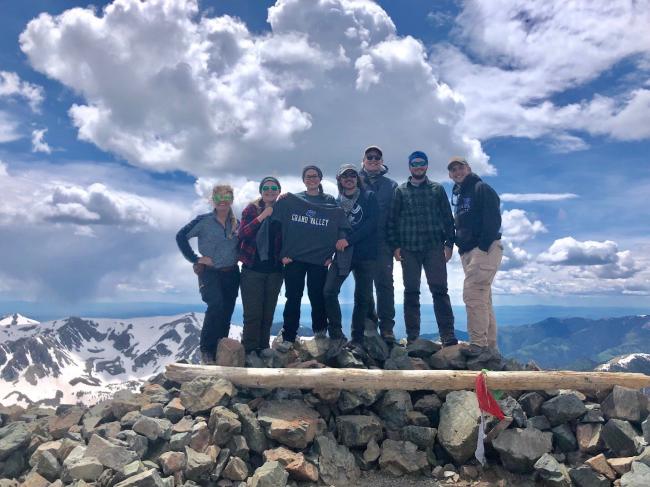 Schuemann is exploring the terrain and rocks around Santa Fe, Taos and the Sangre de Christos Mountains. As a geology major at Grand Valley State University, he is completing a required summer field course. The five-week field camp is run by the Missouri State tectonics team, part of the geological sciences program at Missouri State University. Team members are teaching Schuemann and his classmates field methods that are helping them unravel the geologic history of this spectacular terrain.

Schuemann just graduated from GVSU this year and we are excited to see where he goes next. Where will your GRCC degree take you?