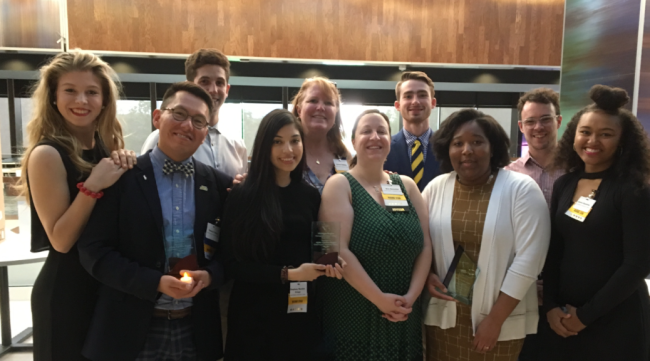 Students in Alpha Upsilon Kappa, the GRCC chapter of Phi Theta Kappa, attended Catalyst, the organization’s national conference, this past week. With the pandemic, they weren’t able to travel to Texas for the full experience with 5,000 fellow PTK students, they celebrated their accomplishments, elected the student leaders for next year, and participated in a number of educational sessions — virtually.

Alpha Upsilon Kappa’s other accomplishments at the conference:

GRCC was to host the Regional Conference in May, but this will also be virtual.