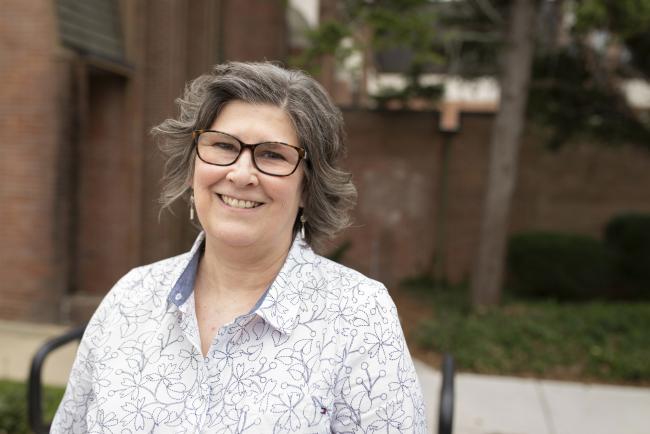 Sandra Andrews’ ties to GRCC started when she took classes at what was then Grand Rapids Junior College as an Ottawa Hills High School student. After earning an associate degree, she received a bachelor’s degree from Michigan State University and a doctorate from Purdue University.

She was an assistant professor at MSU for six years and then returned to her GRCC roots as a chemistry professor. Her 23-year career included more than 11 years as the head of the Physical Sciences Department, where she oversaw an expansion of course offerings and programs as well as a move to the Calkins Science Center in 2000.

Along the way she earned professional credentials as a Registered Dietitian Nutritionist and a Certified Food Scientist.

Andrews also led a college-wide effort to establish a comprehensive faculty evaluation system, served on many committees and worked on numerous college initiatives. She represented faculty on the College Leadership Council under president Juan Olivarez and Steven Ender.

She received GRCC’s Excellence in Education Award in 2001 and an excellence award for teaching from the National Institute for Staff and Organizational Development in 2004.

Andrews retired from fulltime work in 2013, but she continued teaching as an adjunct instructor for three years. She is also very involved with the Golden Raiders, a group of GRCC retirees who volunteer at the college. As a member of the Gold Team, she serves as a liaison to the GRCC Foundation and Human Resources Department, advocating for retirees, planning events and sharing information.

She recently organized a sale of GRCC face coverings as a fundraiser for the Golden Raiders Retirees Scholarship.

Andrews can still be found in GRCC classrooms, but she’s now a student. She has completed seven courses at GRCC since her retirement and was enrolled in two classes during the Winter 2021 semester -- helping both classmates and faculty members navigate the new learning environment.

Andrews was recognized during GRCC’s commencement ceremonies on April 30
and May 1 in the Gerald R. Ford Fieldhouse.