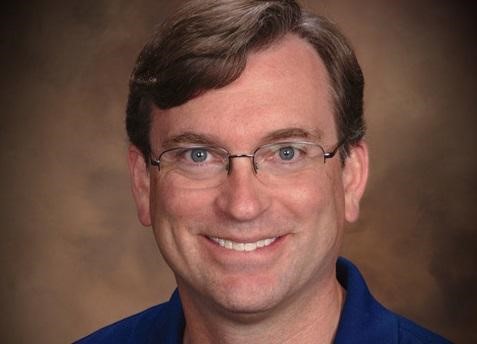 Paul Krieger, a biology professor who retired in 2019, says working at GRCC was his “dream job.”

“I taught courses in anatomy and physiology, general biology, and personal health,” he said. “My former students have launched their own successful careers as nurses, dental hygienists, physical therapists, respiratory therapists, physician assistants, occupational therapists, and medical doctors, as well as many other careers.”

Krieger credits what was then Grand Rapids Junior College for setting him on his career path. He loved both art and science, and his instructors suggested he consider teaching.

“I decided this would allow me to combine my passions for art and science in a meaningful way,” he said. “This turned out to be a great decision for me and worked out even better than I could have imagined.”

After receiving his Associate of Science in 1984, he earned a bachelor’s degree in biology from the University of Michigan and a secondary teaching certificate. He received a master’s in biological sciences from Wayne State University in 1991.

Before starting at GRCC in 1991, Krieger taught at high schools in Beijing and Jackson. During his teaching career, he wrote and illustrated the four-book Visual Analogy Guides series, which cover anatomy, physiology and chemistry.

Krieger was recognized during both of GRCC’s commencement ceremonies on April 29, 2022 at the Gerald R. Ford Fieldhouse.