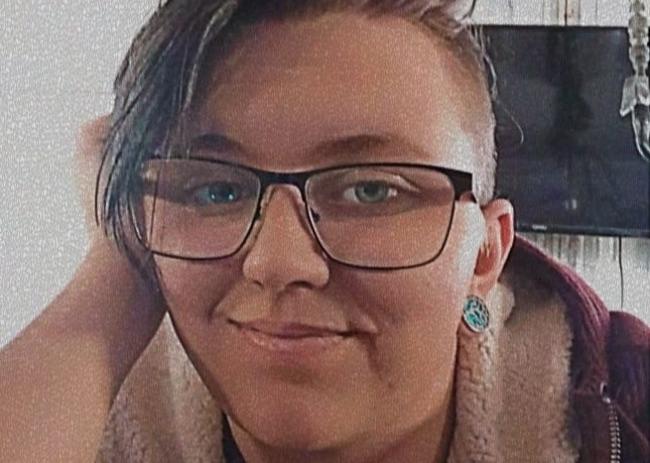 As a high school student, the Holland native recalled a lot of discrimination towards LGBTQ students. And after his 2018 graduation, he went immediately to college, enrolling at GRCC, but then dropped out after three semesters because of both financial and housing instability.

It would have been hard for him to imagine then where he is now: back at GRCC, studying child development and planning to go to a four-year school after finishing his associate’s degree with an eye toward a career in child education.

Oh, he added with a smile, there’s also his fiancé, gardening and taking care of a menagerie of animals that includes two dogs, four cats, 11 snakes, a bearded dragon, a tarantula, hermit crabs and fish!

Milo is currently working as a Registered Behavioral Technician for an autism center in Indiana, helping kids on the spectrum develop new skills, strengthen current skills and reduce problem behaviors.

He credited GRCC’s TRIO Educational Opportunity Center for helping him get back on a path he could feel good about.

GRCC was awarded a five-year, $1.16 million grant from the U.S. Department of Education to create the center, where unemployed or low-wage workers, prospective first-generation college students, and other adult learners can work with campus specialists to explore higher education options and connect with on- and off-campus resources and programs to support their educational goals.

“I didn't utilize EOC until I returned to school a couple of years after dropping out,” he said. “I learned about it when I was trying to figure out how to go about continuing my degree, changing my focus from tech to child development and seeking help with my name change in the system after I had my name legally changed in the time I had away from school.”

The result of reaching out to EOC?

They helped me accomplish all of those things,” he said. “And now I am enrolled in classes to bring me closer to my degree.”

This semester, Milo is taking Human Growth and Development and Biology in Society, both online courses. Those classes are providing the validation he needed to affirm the career shift he made when he left the tech world to work at Head Start in Holland.

After his recent move to Indiana, he is not sure how the rest of his GRCC education might unfold.

“I don’t know whether I'll be able to complete my degree in its entirety online through GRCC or if I'll have to transfer,” he said. “I only have this semester planned out so far.”

But, he added, thanks to EOC, that’s enough. He can envision a future that includes a four-year school and continuing to work and advance his current career.

And as he looks back, he said simply: “GRCC has been pretty good with helping me accomplish my education goals.”

Additional information about the TRIO Educational Opportunity Center is available by email at eoc@grcc.edu, by phone at (616) 234-3399 and on the web here.