Grand Rapids Community College alumnus Sekou Smith’s life was cut short by COVID-19, but family members say they want graduates to be inspired by his passion for helping others succeed. 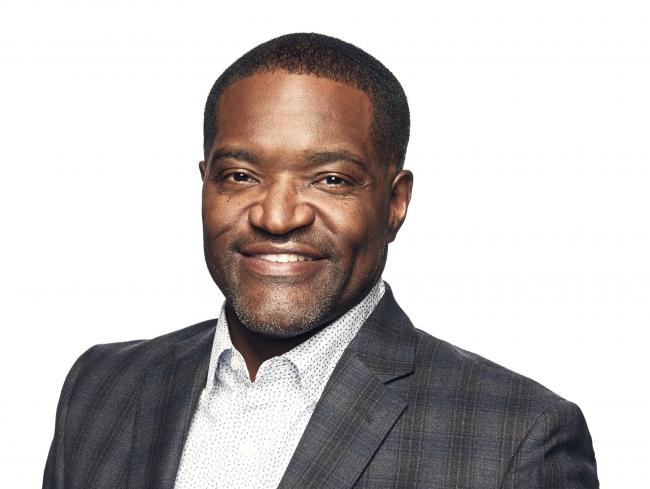 GRCC commencement ceremonies on Friday and Saturday will include a tribute to the sports journalist and community leader. Smith, who attended Grand Rapids Junior and Grand Rapids Community colleges between 1990 and 1992, is being honored as this year’s Distinguished Alumnus.

After leaving GRCC, he attended Jackson State University in Mississippi, where he became interested in journalism. His sports writing career started at The Clarion-Ledger in Jackson; he then covered the Indianapolis Pacers for the Indianapolis Star and then the Atlanta Hawks for The Atlanta Journal-Constitution.

About the Distinguished Alumni Award

The Distinguished Alumni Award is the highest honor bestowed upon a former student of Grand Rapids Community College. The award recognizes former Grand Rapids Community College or Grand Rapids Junior College students who through their distinction in their chosen field of endeavor, service to society, and dedication and loyalty to the college, exemplify the core values of Accountability, Diversity, Excellence, Innovation, Integrity, Respect, Responsiveness, and Sustainability.

Nominations for the GRCC Distinguished Alumni Award are accepted on an on-going basis. All nominations are kept and reviewed annually, with the winner being selected in January of each year. The 2020 award-winner will be recognized for their achievements at Commencement on Saturday, August 1, 2020. For more information, contact Erin Van Egmond, Associate Director of College Advancement, at (616) 234-3931 or erinvanegmond@grcc.edu